Here’s What I Think About ‘Acres Of Diamonds’ 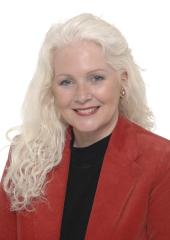 Here’s what I think about ‘Acres Of Diamonds’

Have you read Russell H Conwell’s classic talk, ‘Acres Of Diamonds?’ Are there acres of unmined diamonds in your business right now, but you’re too busy or blinkered to recognise it? How do you know you’re not sitting on an invisible million dollar business revolution? How many business trends have you recognised as obvious…. with hindsight?

I see many businesses that are facing hardship, where I can immediately see invisible opportunities which can transform into instant profitability.  A retired multi-millionaire I worked for years ago loved to tell the story of how he acquired his fortune.

He’d had acres of diamonds embedded in his labour-intensive-barely-making-ends-meet business…., that was until his wife made two simple suggestions that, in hindsight, were obvious.

Her ideas were to create bundled packages and charge cash-up front. He was opposed and reluctant. “It’s not industry standard” and ” the customers won’t pay” were his initial responses.

After many arguments and much protesting he did as his wife suggested… and yes, you guessed it! It proved to be dynamite for their cash-flow. The fact that no-one in their industry had ever done it before wound up being their greatest edge.

As it turned out, their paying customers didn’t give a hoot about the change, and the plan worked brilliantly. And by the way, the market was the school and sports photo market.

Prior to this fellow implementing his wife’s ideas, the school and sports club photo industry fundraiser payment system was based on every child in the school, or every sports player in the club, being photographed first. The photos were produced and sent home for parents to keep on the condition that they sent the payment back to the school.

If the parents didn’t like or want the photos they were expected to return the photos to the sports club or school, and there was no charge.

The problem was that some parents not only didn’t pay, many also didn’t return the photos either.

This resulted in a huge amount of waste and loss for the photographer. And as he said to me, he had no use for any of the returned photos anyway. His labour, production and waste costs were through the roof prior to implementing his wife’s ideas.

If we look at what he did, he really didn’t make any great changes to his business or system. Actually, his staff wound up doing less work, and there was zero waste as all photos were already pre-paid.

The changes didn’t require having to buy anything, lease any more space, and yet it added multiple 000’s to his bottom line. All he had to do was face the market with determination, and then put his plan into action. Another positive spin-off was that the schools and sports clubs found it easier to deal with his business because they were no longer caught in a cross-fire between the shortfall in monies owed by parents to the photography company over non-returned photos. And the phographer knew that he’d received all payments for his photos from the school.

As you can imagine, it didn’t take long for all the other players in his industry to follow his lead.

His business became so wildly successful that he dominated the market for decades and eventually sold for it for millions of dollars. He was able to retire early, build his dream home, pursue all of hobbies and live happily ever after.

My question for you is: what small, simple ideas have you been thinking about but are reluctant to implement for fear of the market kicking back? My suggestion to you is: if you want to try something new but are somewhat fearful then test in on a small market segment first.

Or, if you’re short on ideas of how to mine for possible Acres of Diamonds in your business why not have a wild and fun-filled brain-storming bbq or supper with some friends where you jointly plumb the depths of your mutual creativity with a no-holds barred, any-ideas-a-good-idea attitude? You may be happily surprised with what you’ll unearth.

For those who haven’t read Russell H Conwell’s classic talk, ‘Acres Of Diamonds’ click here to read the full text which will help you explore the idea in detail. I hope you enjoy the read.

Have you ever read ‘Acres Of Diamonds’? Have you ever discovered an opportunity that had been lying dormant in your business  – one that you’d never noticed previously? Were you looking for it when you found? How did you find it? Have you ever known anyone who walked away from a project or business because it seemed to have no potential, and who regretted it later?

I’d love to you to share your experiences and thoughts.
Thank you,
Gaye